The Appeal of a Dying Mother: Society to Protect Children from Cruelty annual reports

This guest post highlights a women’s charitable organization that made some of the first strides toward protecting children from abuse. 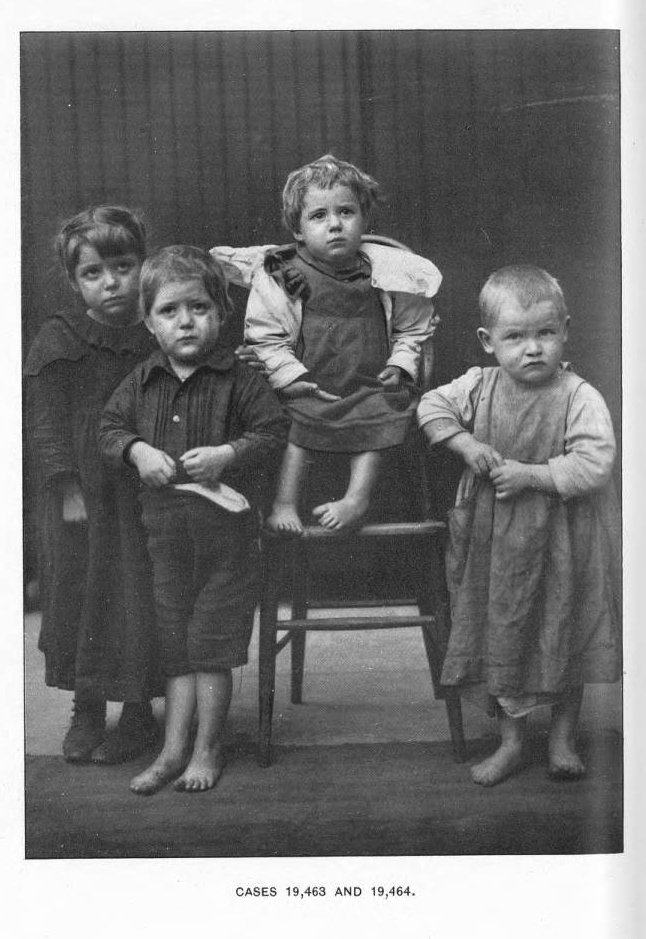 Among the materials digitized for the In Her Own Right project are 44 years of published annual reports for the Pennsylvania Society to Protect Children from Cruelty, 1877- 1920, held at Temple University Libraries’ Special Collections Research Center.

The reports reflect the activities of an upper middle class voluntary organization that sought to reform working-class family life and include statistics, case studies drawn (and anonymized) from case files, and illustrations.

A case study, which appears in the 1901 report (pages 27-28), supplies a flavor of the qualitative content that the Society used to illustrate their statistics: 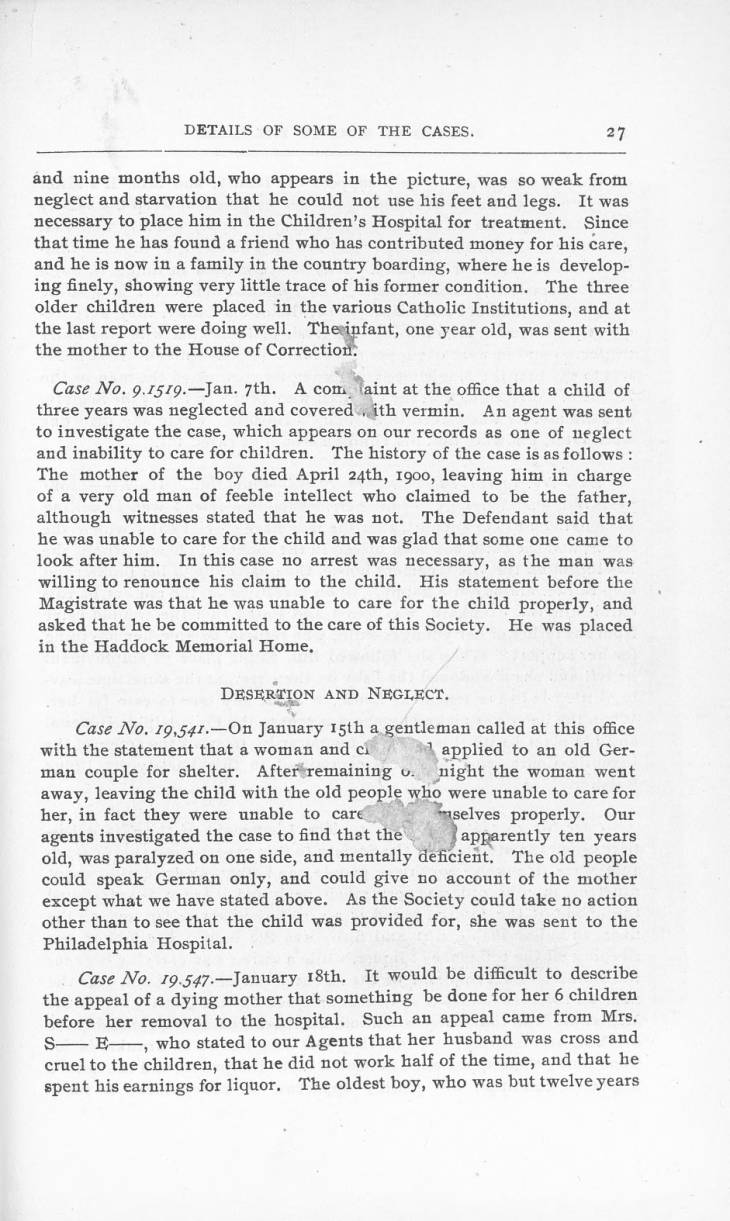 January 18th. It would be difficult to describe the appeal of a dying mother that something be done for her 6 children before her removal to the hospital. Such an appeal came from Mrs. S______ E_____, who stated to our Agents that her husband was cross and cruel to the children, that he did not work half of the time, and that he spent his earnings on liquor. ….Mrs. E’s sister, who lived at service, was spending all her earnings to keep the family from starving. ….the Magistrate very promptly committed the man to the House of Correction, …the children were provided for by the Society, and the mother was placed in St. Mary’s Hospital, where she died one week later, knowing that her children would be cared for.

Organized in November 1876 and chartered in January 1877, as the eighth such group in the United States, the first objective of the new society was to pass a state law allowing for active prosecution in cases of child abuse. They achieved that after more than a year of work, providing the society with two alternatives in proven cases of abuse: either disciplining the parents and returning their child to them, or placing the child in a foster home. 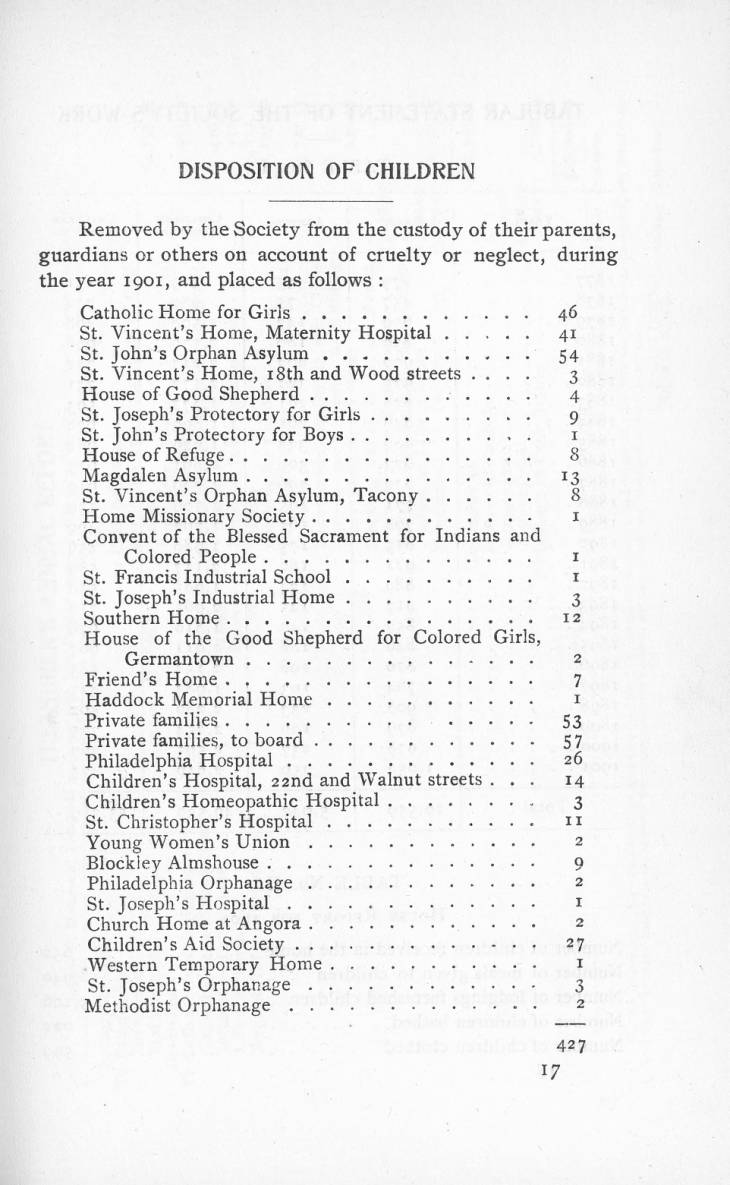 Listing of homes in which children were placed in 1901

Beginning in 1882, the Society worked with the Children’s Aid Society (whose records are located at the Historical Society of Pennsylvania) in the Child Placement Service. It also tried to educate the public and pushed for a variety of early child labor laws. The society used various homes in the city for temporary placement of children pending decisions on their cases. Until 1958, when the City of Philadelphia began to appropriate funds for the care of children, the society raised its own funds and was supported entirely by voluntary contributions, many from women.

Ready to explore? Visit collections related to this exhibit in In Her Own Right: Pennsylvania Society to Protect Children from Cruelty annual reports.