Ratification of the 19th Amendment in Pennsylvania

On June 24th 1919, the state of Pennsylvania voted to ratify the Nineteenth Amendment to the constitution stating that, “The right of citizens of the United States to vote shall not be denied or abridged by the United States or by any State on account of sex.” Heavily influenced by Quaker ideologies, Pennsylvania has a historical reputation of being a front runner in advocating for national progressive social reform. What originally began as ecumenical campaigns against slavery in the early nineteenth century eventually evolved into a seventy year struggle for the woman’s right to vote.

The woman suffrage movement in Pennsylvania can be traced back to 1833 with the establishment of the Philadelphia Female Anti-Slavery Society by Lucretia Mott. This interracial organization advocated for women’s rights and organized the fifth National Women’s Right Convention in Philadelphia in 1864. Angelina and Sarah Grimke, sisters from South Carolina who moved to Pennsylvania because of their opposition to slavery, were among the first women to write and speak publicly on the cause of women’s equality — as early as 1838. 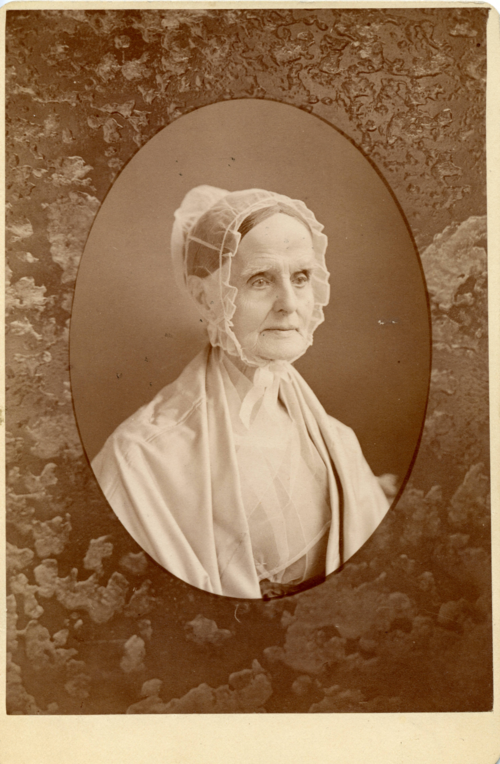 In 1871, a woman by the name of Carrie Burnham attempted to vote. After being denied, she took her case to the Pennsylvania Supreme Court, arguing that voting was her right as a citizen. Burnham lost the case and the state constitution was amended to specifically limit voting rights to “male citizens.” At the 1876 Centennial Anniversary of the United States, people gathered in Philadelphia to celebrate. On July 4th, Susan B. Anthony distributed copies of a declaration of women’s rights, in which she confronted contradictions between restrictions placed on women and the ideals of the American Revolution.

While some organizations advocated for women’s rights on a local level, others called for a constitutional amendment guaranteeing women’s suffrage on a national level. In 1878, Susan B. Anthony’s woman suffrage amendment was proposed in Congress, but was defeated by the Senate. The 1890s saw the early stages of suffragist unification, with most agreeing that the fight for women’s right to vote would have to be secured through individual states. While at first they found success in states such as Colorado, Utah, Idaho, and Wyoming, other states, including Pennsylvania, became even more restrictive in regards to women’s voting rights. 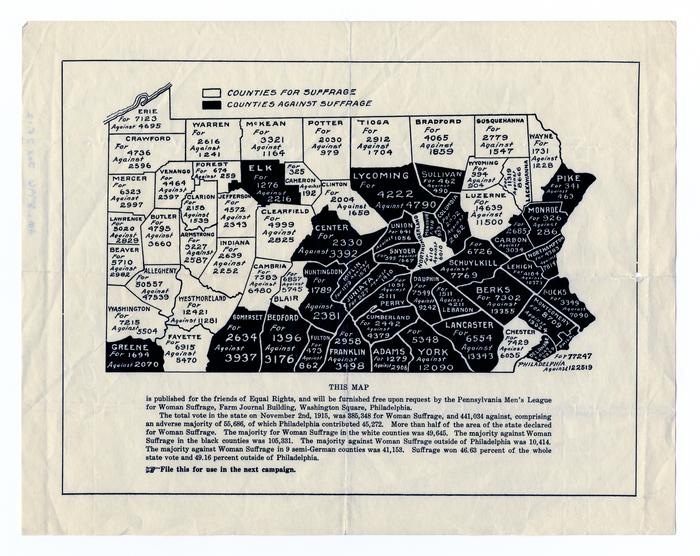 A map depicting the referendum votes regarding suffrage in Pennsylvania in 1915, by county. Originally published by the Pennsylvania Men’s League for Woman Suffrage. HSP 10447

By the turn of the century, the suffragist movement gained momentum and an increased sense of unity as more organizations, such as the National Association of Colored Women, joined the fight. In 1911, led by a new generation of activists, woman suffrage groups vigorously lobbied for a constitutional amendment, and a number of new states expanded voting rights to women. In Pennsylvania, Alice Paul, a Quaker, encouraged the use of rallies, marches, and parades to gain publicity for reform. In 1914, Pennsylvania saw its first suffrage demonstration in Philadelphia at Rittenhouse Square followed by a march down Market Street. A number of the Pennsylvania women had also participated in the 1913 Woman Suffrage Procession in Washington, D.C. This demonstration saw the use of more radical protest tactics, including picketing and hunger strikes.

In 1913, a women’s suffrage amendment optimistically passed the Pennsylvania state legislature, but was defeated by a referendum in 1915. Though some suffragists work was suspended during the escalation of World War I, the National Woman’s Party continued lobbying in Washington and openly criticized President Wilson’s hypocrisy in fighting a war for democracy overseas while women in the United States were barred from fundamental rights of citizenship. 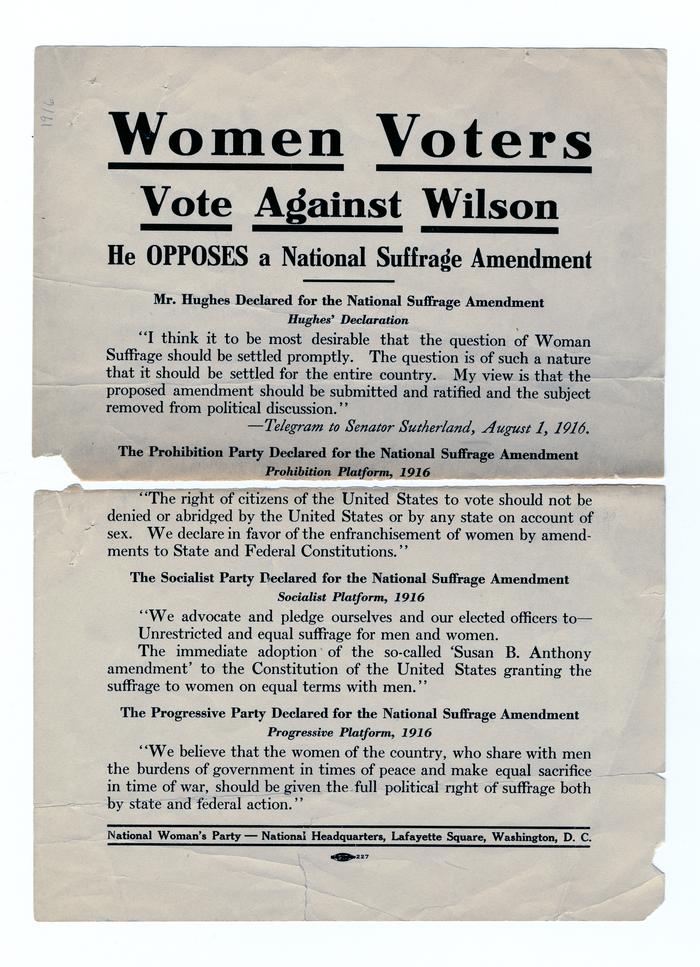 A broadside published by the National Woman’s Party describing the party platforms of the Prohibition, Socialist, and Progressive parties in favor of the the suffrage amendment. HSP 10448

In June of 1919 Congress finally passed the federal woman suffrage amendment. After being approved by Congress, at least 36 states needed to ratify the amendment in order for it to become part of the U.S. Constitution. On June 24, 1919, the Pennsylvania legislature voted to ratify the Nineteenth Amendment and by August of 1920, it was officially added to the Constitution, giving the right to vote to women across the nation. It is important to note, though, that unfortunately this did not mean all women were historically able to access that right. Voting rights for women of color and others would prove even more difficult to ultimately achieve.