Post by Jessica Markey Locklear, Graduate Assistant at Temple University’s Special Collections Research Center (and also a scholar of the Lumbee Tribe; learn about her work here and here) 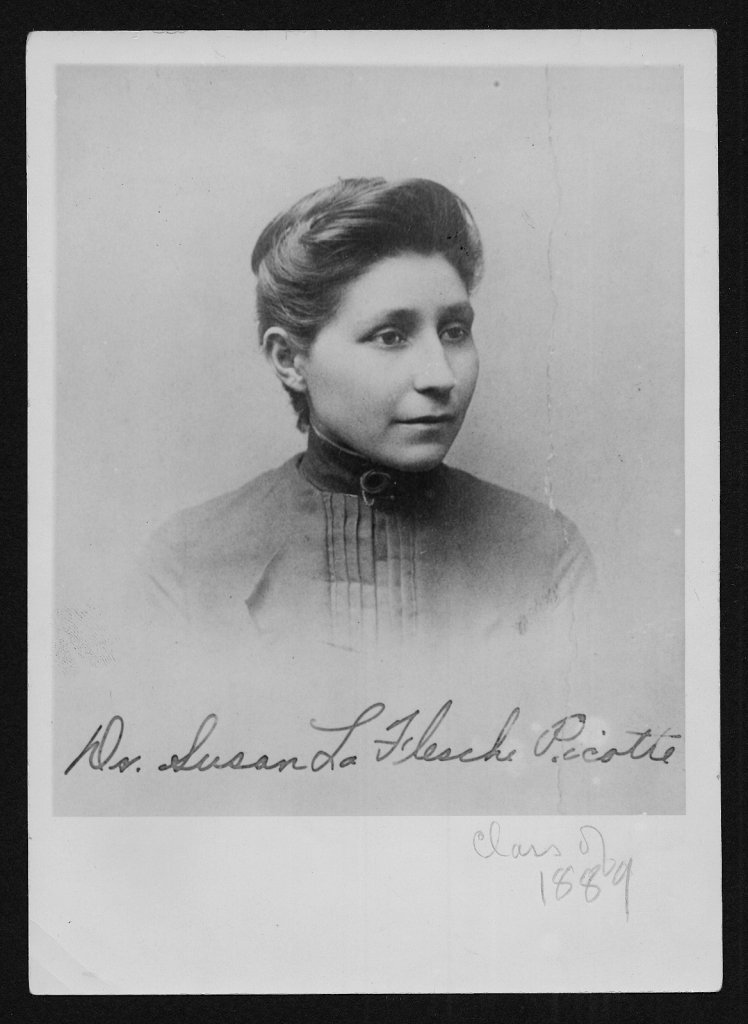 Dr. Susan LaFlesche Picotte was a Progressive-Era reformer and the first American Indian woman in the United States to obtain a medical degree, which she earned in 1889 from the Women’s Medical College of Pennsylvania. The Women’s Medical College of Pennsylvania was founded in 1850 as the first medical school in the world where women could receive the M.D. It was established by a group of progressive Quakers inspired by the growing women’s rights movement. The school gave women of any ethnic background or religion the opportunity to learn and gain practical experience working in a hospital. Susan LaFlesche Picotte was born on the Omaha Reservation in Nebraska to Mary and Chief Joseph (Iron Eyes) LaFlesche. At age 14, LaFlesche Picotte attended the Elizabeth Institute for Young Ladies in New Jersey where she studied philosophy, physiology, and literature. After graduating, LaFlesche Picotte moved back to the Omaha Reservation, where she taught at a Quaker Mission School. During her time there, she worked with Alice Cunninham Fletcher, an ethnologist and anthropologist of American Indian culture, who encouraged LaFlesche Picotte to pursue a medical degree.

Picotte enrolled at Hampton Institute in Virginia, one of the nation’s first schools of higher education for non-white students. The resident physician at Hampton, Martha Waldron, encouraged Picotte to apply to her alma mater, the Women’s Medical College of Pennsylvania. LaFlesche Picotte was admitted with funding from the U.S. Office of Indian Affairs and the Women’s National Indian Association and graduated at the top of her class. After completing an internship in Philadelphia, LaFlesche Picotte married and moved to Bancroft, Nebraska, where she established a private practice where she served Native and non-native patients. She was also a vocal advocate for temperance and the establishment of a hospital on the Omaha Reservation, which was fulfilled in 1913. 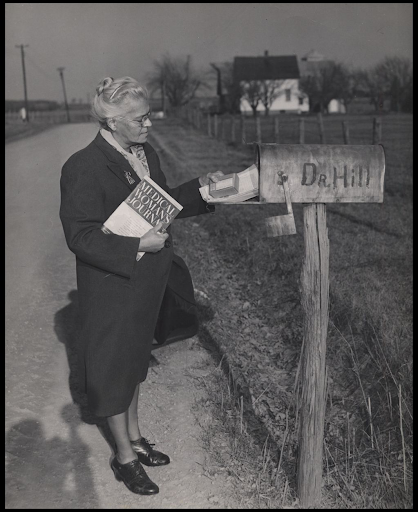 Dr. Lillie Rosa Minoka Hill picking up her mail at her farm home on the Oneida Reservation in Wisconsin. Photo courtesy of Legacy Center Archives, Drexel College of Medicine. 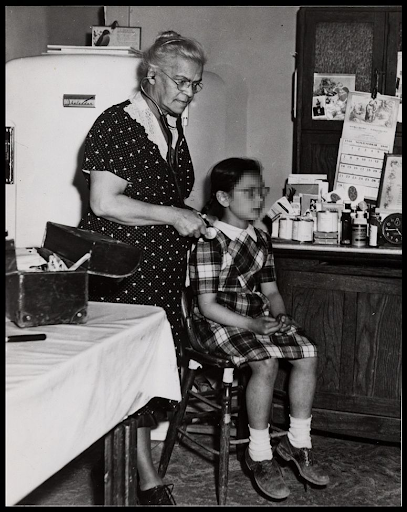 Dr. Lillie Rosa Minoka-Hill was the second American Indian woman to earn the M.D., ten years after Dr. Susan LaFlesche Picotte. Minoka-Hill was born in 1878 on the Akwesasne (St. Regis) Reservation in New York. Minoka-Hill’s mother, a Mohawk woman, died during childbirth, and her father, a Quaker physician, allowed her to be raised by her mother’s close relatives. When Minoka-Hill was five, she was sent to attend a Quaker boarding school in Philadelphia. Minoka-Hill graduated from the Women’s Medical College of Pennsylvania in 1899 and worked for public clinics and dispensaries in Philadelphia. She also worked as a physician at Lincoln Institute, an American Indian boarding school in Philadelphia that operated on the same model as Carlisle Indian Industrial School.

Minoka-Hill married an Oneida man, and the couple moved to the Oneida Reservation in 1905, located in the present day Green Bay metropolitan area. Despite being discouraged by her husband to practice medicine, Minoka-Hill opened a “kitchen clinic” in her home, where she served as a community caregiver, despite not having a Wisconsin Medical license. Minoka-Hill was an advocate for addressing healthcare needs on the reservation, where medical care was deficient, and where community members did not trust white doctors. After the Great Depression, the trust fund established for her by her father, and for which she used to operate her clinic crashed, leading to economic hardship. Despite these challenges, Minoka-Hill continued to care for patients and with the help of local physicians, was able to obtain a Wisconsin physician license in 1934.