History of the The Young Women’s Union and Neighborhood Centre 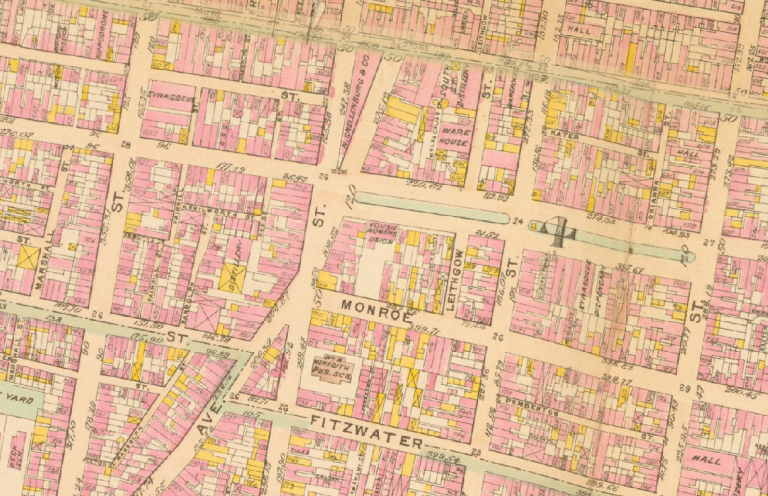 The Young Women’s Union (YWU) was established in 1885 and formally incorporated in 1896 as a community service organization and settlement house in Philadelphia. The YWU was initially led by Frannie Binswanger and thirty other young women from middle class Jewsh families in Philadelphia who desired to provide services for immigrants, including education and recreation. Binswanger, the daughter of a Rabbi, was born in Philadelphia and was an active member at Mikveh Israel, now the oldest continuous synagogue in the United States.

The founding mission of the Young Women’s Union’s missions was to provide childcare for Eastern European Jewish immigrant mothers. The YWU opened a small kindergarten in 1885 at 238 Pine Street, and was run by unmarried Jewish women. Staff at the kindergarten worked to help immigrant children adjust to life in Philadelphia through education and the instillment of middle class American values. Though the YWU started small, its programs grew rapidly. Under the YWU, young Jewish girls were encouraged to learn common household tasks as well as education, including reading, writing, and math. The YWU held frequent fundraisers and secured food and clothing donations for children. Staff also made visits to children’s homes to ensure they were living in acceptable conditions.

In 1886, the YWU moved to a larger space at 318 South Fourth Street to accommodate increasing enrollment, and started a household school in addition to the kindergarten. The YWU also felt it was important to take children out of the city on occasion. The staff regularly coordinated field trips to country estates, where the children could participate in recreational activities. The organization expanded their programming to include evening classes, as it was the only opportunity for individuals who worked during the day to pursue an education. Thousands of immigrants took advantage of the night classes, becoming more knowledgeable in the English language, reading, writing, math, and history.

In 1893, the YWU established a supplemental day nursery and temporary shelter at 230 Pine Street. The Day Nursery addressed the needs of working mothers who could not supervise their children while at work. The Shelter provided a temporary home for children whose parents could not provide necessary care due to illness or other circumstances. In 1901, the YWU organized the Juvenile Aid Committee to facilitate matters of child welfare including boarding homes and adoptions. Children were given vaccinations and medical attention while at the shelter. In 1899, the Young Women’s Union wanted to bring all of their programs and operations to a unified location. Funded by a grant, the YWU was able to purchase a large lot and constructed a new building at 428 Bainbridge Street.