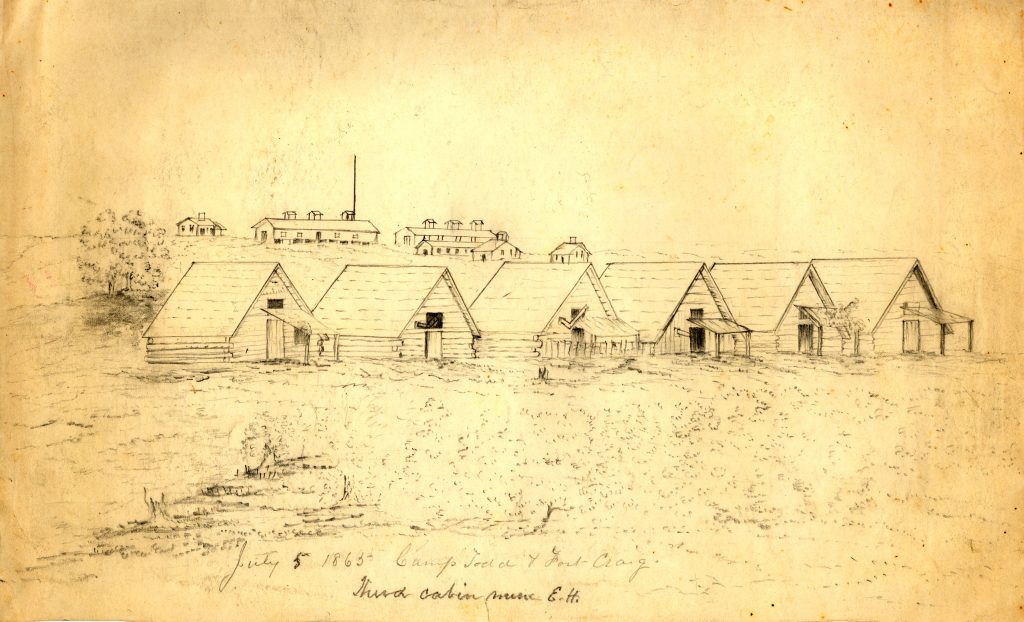 Popular narratives of the Civil War often suggest that white Northerners saved otherwise helpless African Americans from slavery. However, such portrayals are far from accurate; African Americans played a major role in the war effort and in advocating for emancipation.

Not long after the beginning of the war, as Northern soldiers advanced south, thousands of African Americans fled their enslavers and sought asylum behind Union lines. Though the army remained agnostic about the legal status and future of the refugees (known as “contrabands” after a brief ad-hoc attempt to classify them as confiscated enemy property), self-emancipated African Americans continued to arrive in large numbers.

These “contrabands” made significant contributions to the war effort. Simply by escaping their enslavers in the tens of thousands, African Americans dealt a major blow to the Confederacy’s economy and its ability to wage war. Many provided needed labor to the Union army by working in camps or even (later in the war) enlisting. Their knowledge of local terrain and Confederate positions often proved tactically important, and they sometimes provided important military resources.

“Contrabands” also helped move Northern opinion towards general emancipation. Stories of abuses they had suffered at the hands of their enslavers further vilified the institution of slavery; reports of the vital support they offered Union soldiers suggested to Northerners that African Americans were ready for citizenship. Moreover, as the conflict ground on, the ability of “contrabands” to undermine the Confederacy helped convince Northern leaders that freeing the enslaved was not only morally right but also militarily expedient. Far from passive victims to be saved, “contrabands” and other African Americans exerted their agency to bring down their enslavers and push the Union to pursue a war of emancipation.

Abby Hopper Gibbons, a Quaker abolitionist and reformer, interacted extensively with Black refugees while working as an army nurse at Point Lookout, Maryland. Gibbons was a fierce advocate for the rights of the “contrabands,” and many of her letters offer glimpses of the joys and dangers of life in the hospital’s crowded contraband camp. The selections below describe one man’s recapture and second escape, the birth of a baby to a “contraband” mother, and the arrival of three refugees with a boat for the Army. 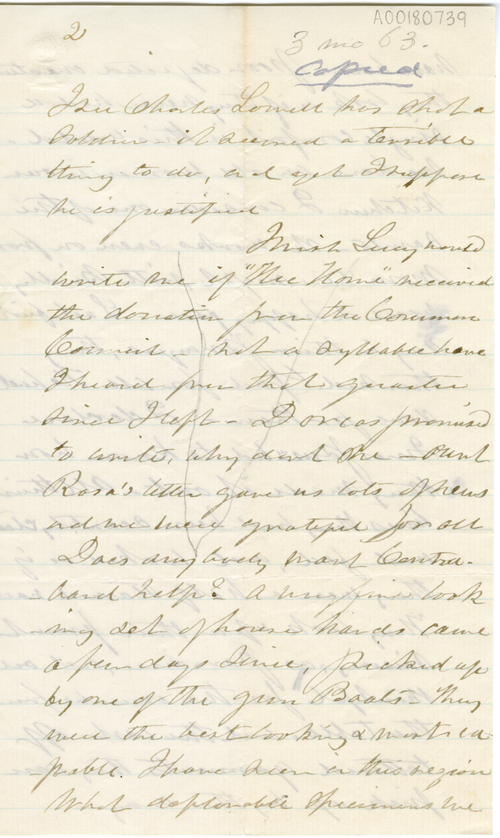 This letter describes the joy which the “contrabands” expressed despite the poor conditions in their camp. “All their lives they had been scantily clad and fed. . . . They look upon their present misery, as Paradise, and are thankful for the crumbs from the table.” It also discusses Gibbons’s efforts to smuggle a refugee named John Bisco Perry north to her brother John. Gibbons had long been involved in antislavery advocacy and expected extracts of her letters to be published in the North. Should this affect how we read her descriptions of conditions in “contraband” camps? The letter continues on to detail how John Perry was recaptured by his enslaver and managed to escape again. It also discusses Gibbons’s plans to smuggle Perry and several other “contrabands” to safety in the North. 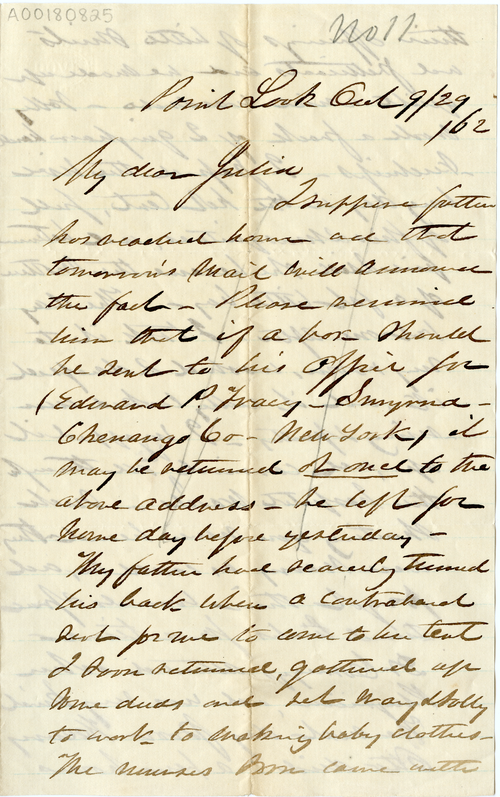 Despite the hardships of life in contraband camps, there were also moments of joy. In this letter, Gibbons described the birth of a baby boy to a “contraband” woman. The nurses made clothes for the newborn, and a few days later Gibbons carried him around the hospital to cheer up wounded soldiers. 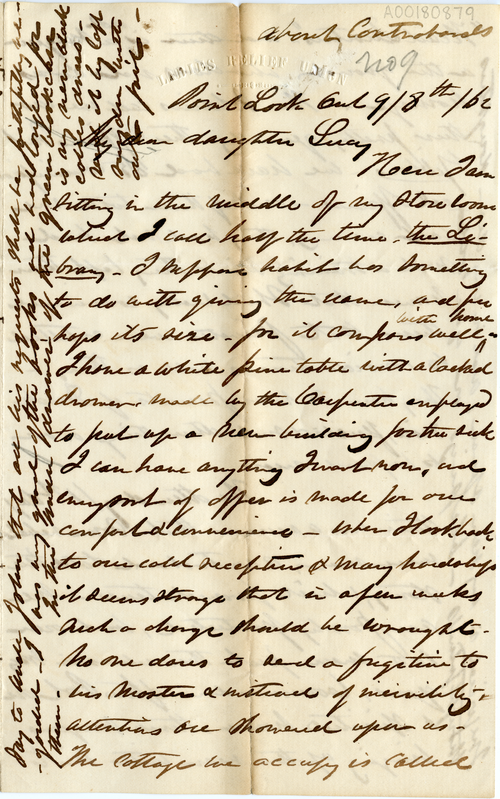 “Contrabands” sometimes brought valuable military resources. This letter describes the arrival of three “contraband” men in a boat, which the quartermaster was eager to use. The next day the men and boat disappeared, but they soon returned with their wives and children.