post by Chrissie Perella, Archivist at The College of Physicians of Philadelphia 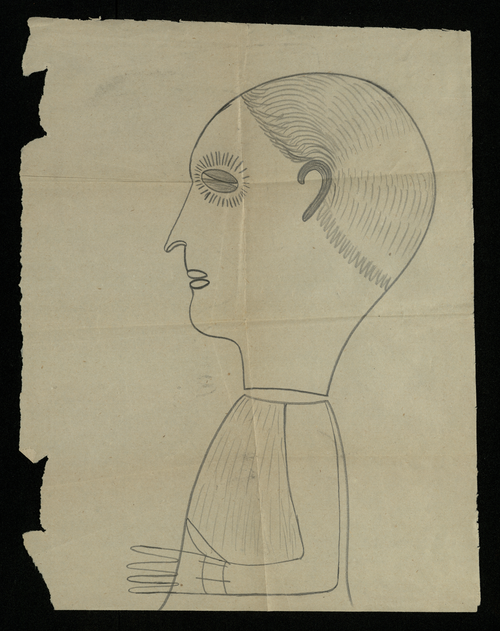 During the 19th century, if someone wanted to place a family member in the asylum, the ease with which one could do so was quite astonishing. According to admissions forms in the Historical Medical Library’s collection, all one needed was the signature of a physician stating that the prospective patient is insane. (1) Many patients never got to have a voice in their own care, and were faced with living lives away from their families in asylums. At the time, many women were placed in mental institutions for behavior that did not mesh very well with traditional ‘feminine traits’ favored by the male-dominated society. (2) Causes of insanity included “childbirth,” “suppression of menses,” and even “light reading.” (3)

Sophia Perry lived in Gorham, Maine, and became a patient at the Maine Insane Hospital in Augusta, Maine, in 1879. She died in 1908 at the hospital from acute enteritis (inflammation of the small intestine). Her diaries offer a glimpse of a woman’s life in the 19th century. She kept the first through third diaries while living in Gorham. These diaries describe the weather and local events of the day. Occasionally, larger events are recorded, the most noteworthy being the assassination of U.S. President Abraham Lincoln. She also recorded lists of marriages, deaths, and her correspondence.

The fourth diary was written during her time at the Maine Insane Hospital. She wrote about her daily life, her interactions with doctors and other patients, and to whom she sent letters. Stuck in between the pages of her diary are scraps of fabric, but without much context as to why she saved them. Perry wrote quite a bit of poetry, much of it seemingly Christian in nature. Her diaries are a fascinating, rare look at patient life in a 19th century mental hospital.

Sadly, we haven’t been able to figure out why Sophia was admitted to the hospital. If she kept diaries during the years between 1865 and 1888, we don’t have them in our collection. But we do know that she was became a patient at the hospital sometime in the summer of 1879, because tipped into volume 4 is a letter from her Uncle Josiah, dated July 23, 1879. He wrote:

“…It was not Charlotte or I that had you sent to Augusta though we did assist. All of your friends and relations were consulted and thought it for the best. Sophia I love you and really feel bad for you, but I can’t help thinking that it is better for you that you should remain where you are for awhile. Your sisters both thought you had better go. And you don’t nor ever will know how badly your Mother felt and now feels being parted from you. Try and calm yourself and have as good time as possible. We all love you and shall be glad to see you at home again…” 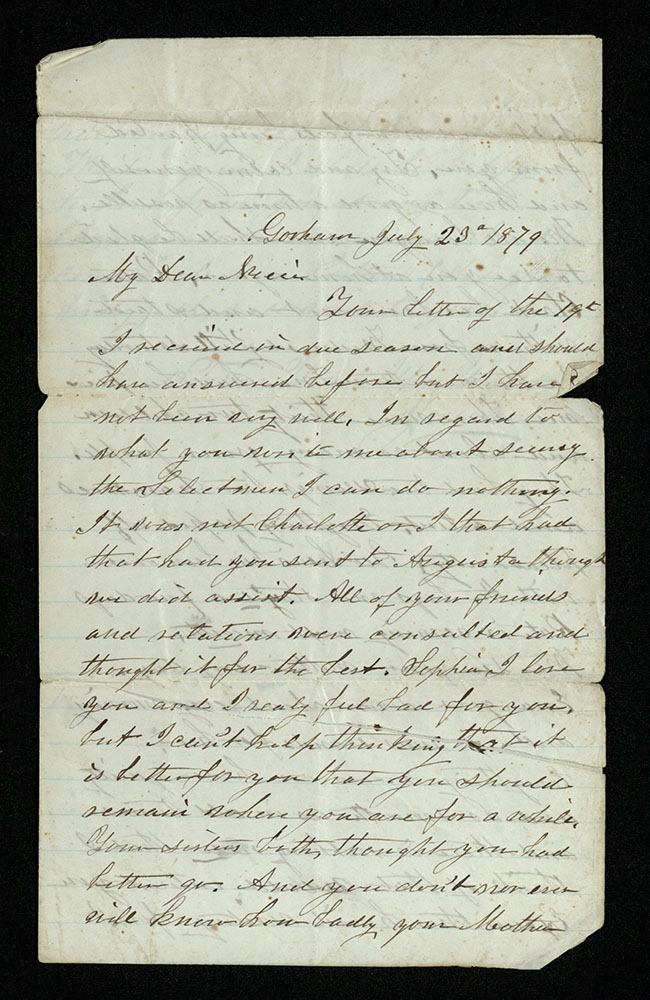 Whatever Sophia’s recorded – or true – diagnoses were we will probably never know. However, based on her later diary entries, in 1888, we do know that that she settled in as much as one can, and took no nonsense from anyone, not even the trustees, apparently. There are several instances in which she related giving someone “a good talking to.” Was Sophia actually insane, or was her strong personality just ‘too much’ for what was considered acceptable behavior for 19th century women? Her diaries cannot answer this question, but are valuable in giving her a voice when it may have been forgotten.

Ready to explore? Visit collections related to this exhibit in In Her Own Right: Sophia Perry diaries (MSS 2/325).

(1) The McLean Asylum for the Insane application for admission of patients (Pam 14542), circa 19th century. Historical Medical Library of The College of Physicians of Philadelphia, Philadelphia, PA.

(3) Annual report of the trustees of the State Lunatic Hospital at Taunton (6C 91, vol. 1), 1856. Historical Medical Library of The College of Physicians of Philadelphia, Philadelphia, PA.