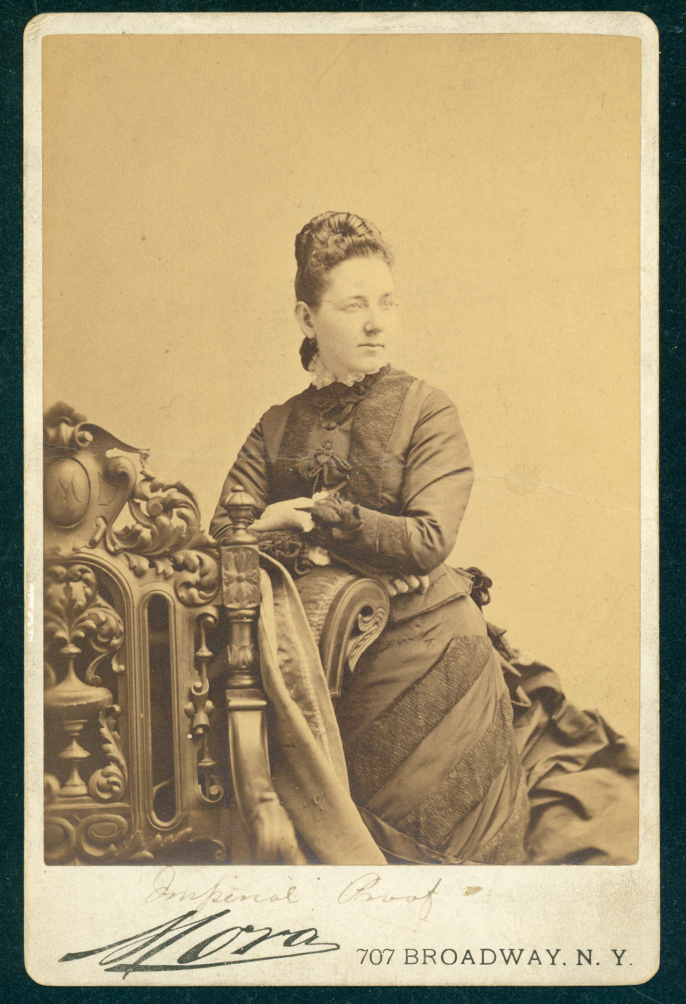 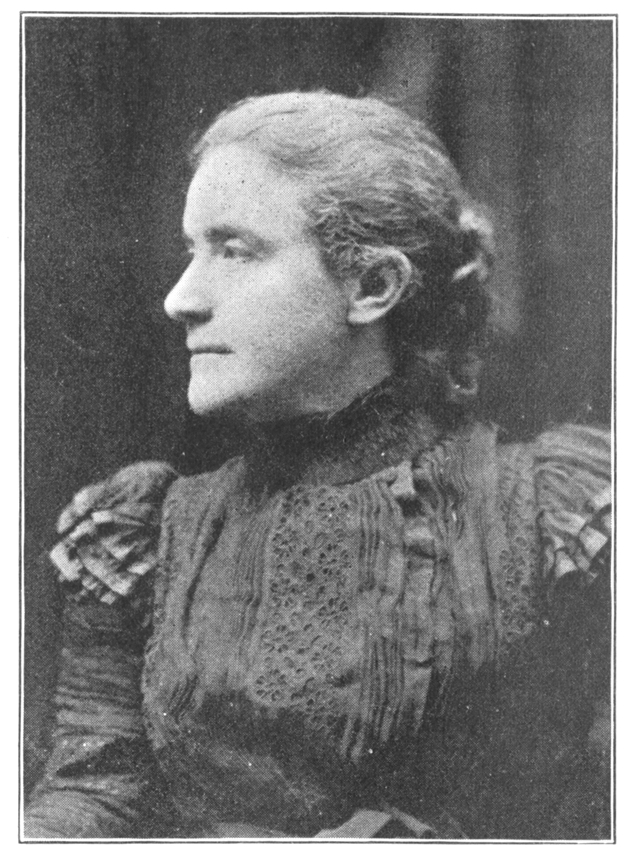 Bryn Mawr College digitized a portion of the M. Carey Thomas Papers for In Her Own Right, including letters to and from her companion Mary Elizabeth Garrett. They were progressive women who did important work, but they also held and expressed some problematic views.

I first became aware of the In Her Own Right project when I received an email about a position available at Bryn Mawr College to work with the correspondence written between two women, M. Carey Thomas and Mary Elizabeth Garrett. Truthfully, I had heard of neither of these women prior to taking on this work, which I realize is a huge part of why the In Her Own Right project has come into existence, and why it is so important. For those who are also unfamiliar with these names, some background information: M. Carey Thomas was the 2nd President of Bryn Mawr College (as well as the first Dean), a founder of Bryn Mawr School in Baltimore (which was an all-girls school designed to be a feeder school for Bryn Mawr College), and one of the significant players in the fundraising efforts for Johns Hopkins Medical School. Mary Elizabeth Garrett was also a founder of Bryn Mawr School, and donated significant amounts of money to both the School and Bryn Mawr College. She also spearheaded the fundraising efforts for Johns Hopkins Medical School, on the condition that they allow women to attend the Medical School. Thomas and Garrett were both highly dedicated to the education of women, as evidenced in their correspondence and actions. Thomas herself faced significant adversity while in pursuit of her own higher education, having been turned away from several schools in the United States and in Europe simply because she was a woman (some schools would allow women to “study” at their institutions, but not allow them to actually attend lectures, and would not award them with degrees). She was eventually able to receive her Ph.D. in Philology from Zurich University in 1883. 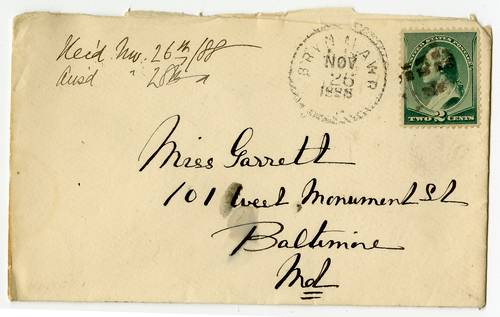 An envelope containing a letter from M. Carey Thomas to Mary Elizabeth Garrett dated November 25, 1888; one of many that discuss the fight to allow women into Johns Hopkins (J.H.U). Courtesy of Bryn Mawr College and In Her Own Right.

Bryn Mawr College digitized over 1,100 letters written between 1883 and 1894 (which is only a small portion of the correspondence between these two women that the Canady Special Collections Library holds!). One of the things that makes this collection so special is the fact that we have both ends of this correspondence – letters written by M. Carey Thomas to Mary Garrett, and letters that Mary Garrett wrote to M. Carey Thomas. This gives researchers the incredibly unique experience of being able to read direct responses to the letters written to and from each woman, creating a richer narrative than having only one side of direct correspondence. The range of years of the correspondence that Bryn Mawr College chose to digitize for In Her Own Right focuses heavily on the founding and running of Bryn Mawr School, Thomas’s work at Bryn Mawr College, and the fundraising efforts of Garrett and Thomas for Johns Hopkins Medical School. The effort that Thomas and Garrett put into working towards the educational equality of women has obviously had lasting effects, and the importance of what they were able to do, especially the part they played in funding the Johns Hopkins Medical School, has certainly earned them the right to be included in this project.

M. Carey Thomas and Mary Elizabeth Garrett met during Thomas’ studies at Cornell University, where they and three other friends formed what they called the “Friday Evening” club. Over the years, their friendship grew, and the two exchanged thousands of letters. Some read much like journal entries, with details of their daily life, travels, and love of literature and art. Others are heavily focused on business matters, such as the founding of the Bryn Mawr School in Baltimore, Thomas’ crusade to become President of Bryn Mawr College, and the fundraising efforts that they both made for the Johns Hopkins Medical School. Reading through the letters that Bryn Mawr College chose to digitize, I have borne witness to the deepening of the relationship between Thomas and Garrett; of their love and respect for one another, of their dependence on each other, and of their willingness to work together. Their correspondence isn’t free of conflict, by any means, and at times their relationship can read as unhealthy, but their devotion to each other remained strong, and the two women eventually ended up living together in the Deanery at Bryn Mawr College.

It is incredibly important to mention and remember the fact that these women, who fought so hard for the educational equality of women, did have problematic views when it came to racial equality. Black women were not allowed to study at Bryn Mawr College during M. Carey Thomas’ Presidency. Thomas also actively worked to block the admittance of several Jewish women to the Bryn Mawr School, and was hesitant to hire Jewish professors for Bryn Mawr College. It can be hard, especially in light of our current understanding of race relations, to separate the good deeds of people from their problematic views, and to decide whether or not to laud these people for the progressive things they did accomplish. I think that the best way to talk about their accomplishments in cases such as these is to also acknowledge and talk about their shortcomings. M. Carey Thomas and Mary Garrett actively created spaces in which women were given educational opportunities that they were not afforded elsewhere, which was an incredibly important step forward for the era. However, they also actively barred and further marginalized those who were already part of communities with lesser opportunities than those of white people. It would be easy for people to say “oh, they were just products of their time”, but the In Her Own Right project is full of women such as Lucretia Mott who were actively fighting for justice and equal rights for marginalized communities; so we know that while racism was more fully accepted in the 1800s than it is today, it was not the only viewpoint that people possessed. The unsavory views of M. Carey Thomas have already been discussed and publicly addressed by Bryn Mawr College, especially regarding the change in name of the Old Library, which was formerly named for M. Carey Thomas. 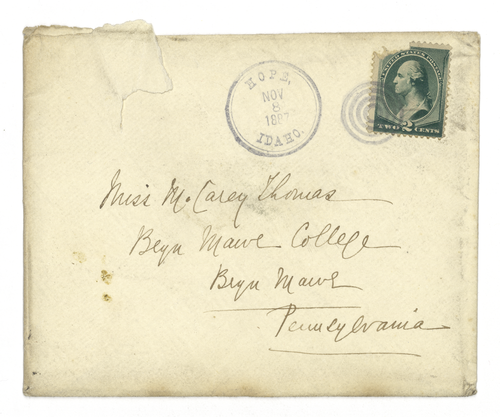 An envelope containing a letter from Mary Elizabeth Garrett to M. Carey Thomas dated November 06, 1887, in which she visits Flathead Indian Reservation and expresses racist views against the Native children enrolled at the Jesuit-run school there. Courtesy of Bryn Mawr College.

I think that as long as we are willing to acknowledge shortcomings, and to engage in difficult conversations regarding people who were simultaneously capable of both doing great deeds and making unjust decisions, we can still talk about the positive aspects of someone’s work. That said, there are absolutely letters that are included in this collection which contain evidence of the racist views of both Thomas and Garrett, and we feel that it is our responsibility to not only include these letters, but to make note of the problematic subjects in the metadata that we are creating to go along with them.

Ready to explore? Visit collections related to this exhibit in In Her Own Right: M. Carey Thomas papers.