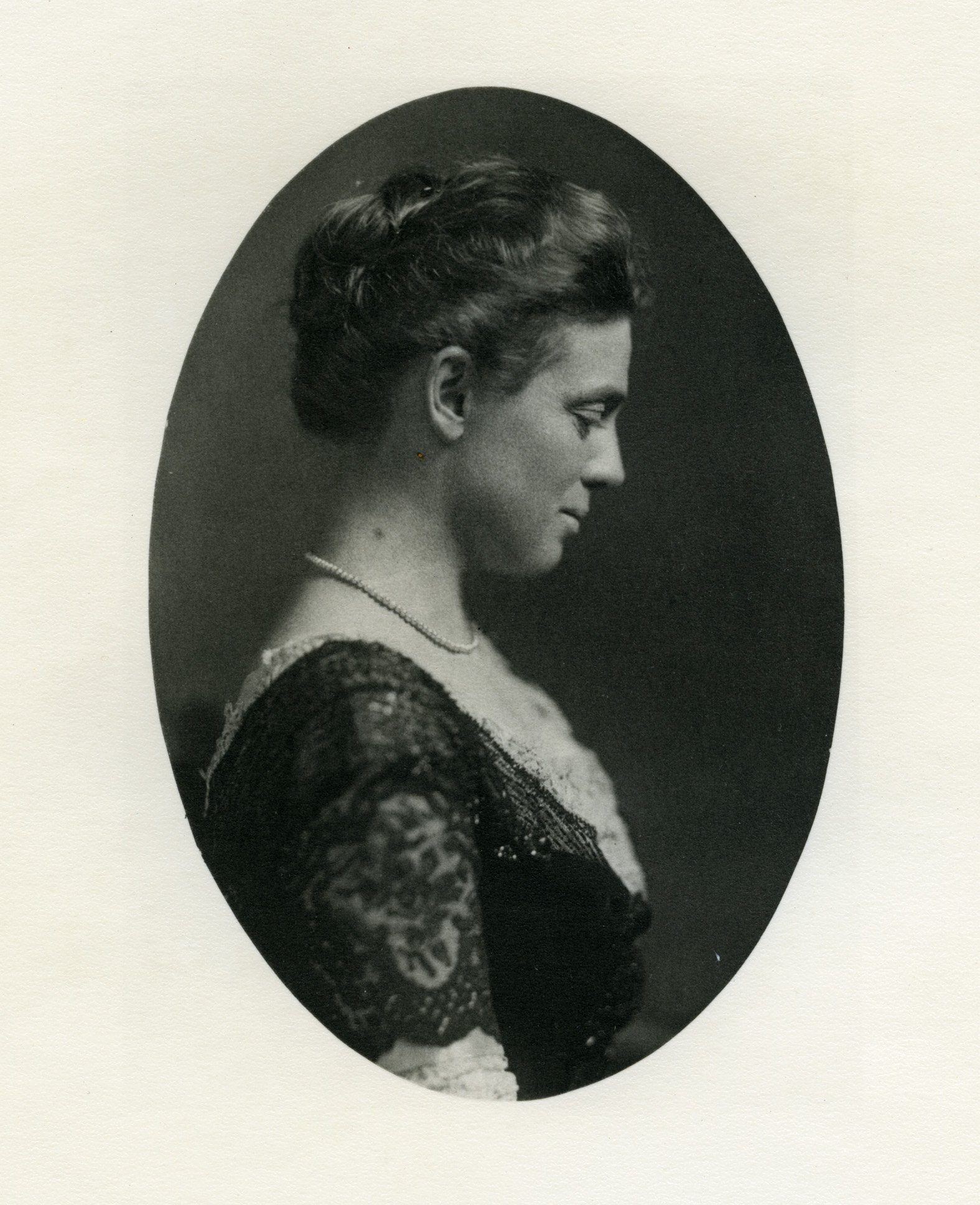 Jean Kane Foulke was a farmer, farm advisor, political activist, and leader in the Women’s Suffrage Movement in Chester County. An incredibly active social and political reformer, Foulke worked with numerous organizations, on various political campaigns, and gave her time and expertise to help fight numerous social issues. In her 1962 obituary, the Daily Local News wrote, “Name almost any worth-while civic project in the West Chester area and the chances are that Mrs. Jean Kane Foulke had a hand in launching it.” Covering every aspect of her service and activism would require a dissertation and, as one already exists (in the CCHC library for those interested), this post will center on what made her so unique – her agricultural work and activism.

Foulke was born in Wilmington, DE on May 28, 1867, to a family with a long and illustrious tradition of public service. Her father, John Kintzing Kane, was a prominent physician who devoted much of his practice to caring pro bono for those who could not otherwise afford medical care.

On May 14, 1888, Jean Kane married George Rhyfedd Foulke, moved to the Bala Farm, and became an active member of the Brandywine Grange. As a young farmer, George Foulke performed a Koch test for tuberculosis on the family’s cattle – a selfless act as the test was not required at the time. The test was positive and the Foulke’s were unable to sell or use their cattle. Because of this loss, Jean Kane Foulke found work at a decorating shop in Philadelphia making embroideries. In addition to work that was more traditionally suited to women, she took a keen interest in her husband’s farm work. She shadowed him and, in doing so, learned the day to day as well as the bigger picture of running a farm. Devastatingly, this proved crucial to her family’s future when, in 1901, George was accidentally shot by their 12 year-old son in a hunting accident, leaving Jean a 34 year-old widow with three children.

After George’s death, Jean Kane Foulke was left with the challenge of caring for three young children in a time when women had very little earning potential. However, her attentiveness to her husband’s work gave her the skills and ability to fill his role running both Bala Farm (the Foulke family farm) and John Mitchell’s Reculver Farm, earning the same salary her husband had before her.

Foulke’s knowledge and business instinct led her to convert Bala Farm from a dairy farm to a feeder farm to support the Reculver cows – a decision that led to an increase in profits. In addition to making strategic decisions, Foulke oversaw the stable remodels, equipment inspection, marketing, quality control, sales, and every other aspect of running the farms. Through her work, she earned a stellar reputation as a farm manager and, at one point, managed five farms at once.

Foulke’s success as a farm manager also led to her work with the Pennsylvania Board of Agriculture. In 1913, she became the only female farm advisor and first woman appointed to the board. In this role she also served as a Farmer’s Institute lecturer with the Pennsylvania Department of Agriculture. From 1913-1914, she visited around 100 rural homes in an official capacity to give advice on farming, home economics, and establishing clubs and leagues for women. She also gave 26 lectures to a total of around 10,000 people on a Lehigh Valley Railroad demonstration car.

During her work with the Department of Agriculture, Foulke was an ardent suffragist and women’s rights activist. In a speech to the Chester County Federation of Women’s Clubs on April 22, 1915, Foulke expressed her belief that all farm women should know all of the business that takes place on the farm. She also made the case that farmers’ wives should have more rights, such as the ability to have their own money. The Department of Agriculture disapproved of her work with the Women’s Suffrage movement and talks like these. As such, her activism had a direct impact on her career when the Board of Agriculture limited the amount of work she was given and barred her from speaking in certain locations. She also faced blatant discrimination from the Farmer’s Advisory Board – she was the only woman as well as the only non-salaried member, instead receiving only a per diem. 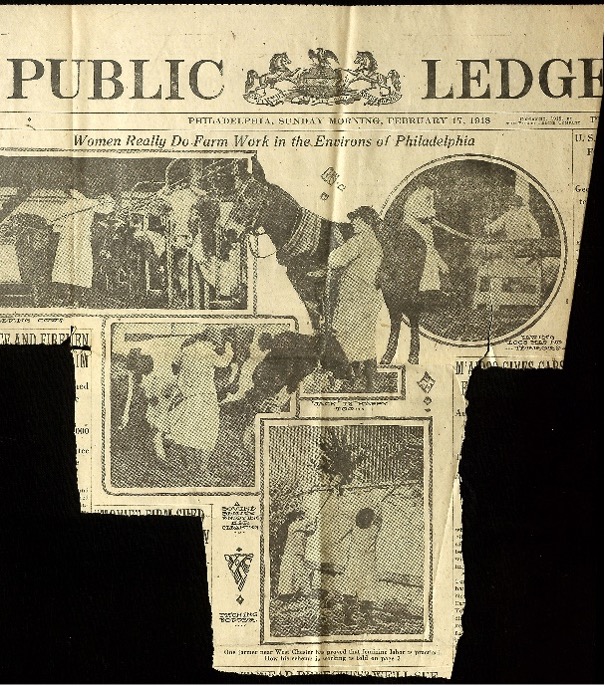 Foulke was distracted from her disappointment with the Board of Agriculture by the pressing agricultural needs of World War I. As a woman and a farm expert, Foulke was uniquely poised to help satisfy the agricultural needs that arose during the war. She, along with the rest of the country, was deeply concerned about maintaining the American food supply. She believed the answer was women workers, and thus began her work with the Woman’s Land Army.

The Woman’s Land Army was a successful group of women farm workers that filled the labor gaps as young men were sent abroad to fight the war. Many counties had their own units, and Foulke used her farming expertise to advise the many units of the Land Army in Chester County in addition to employing women workers on the farms she managed. 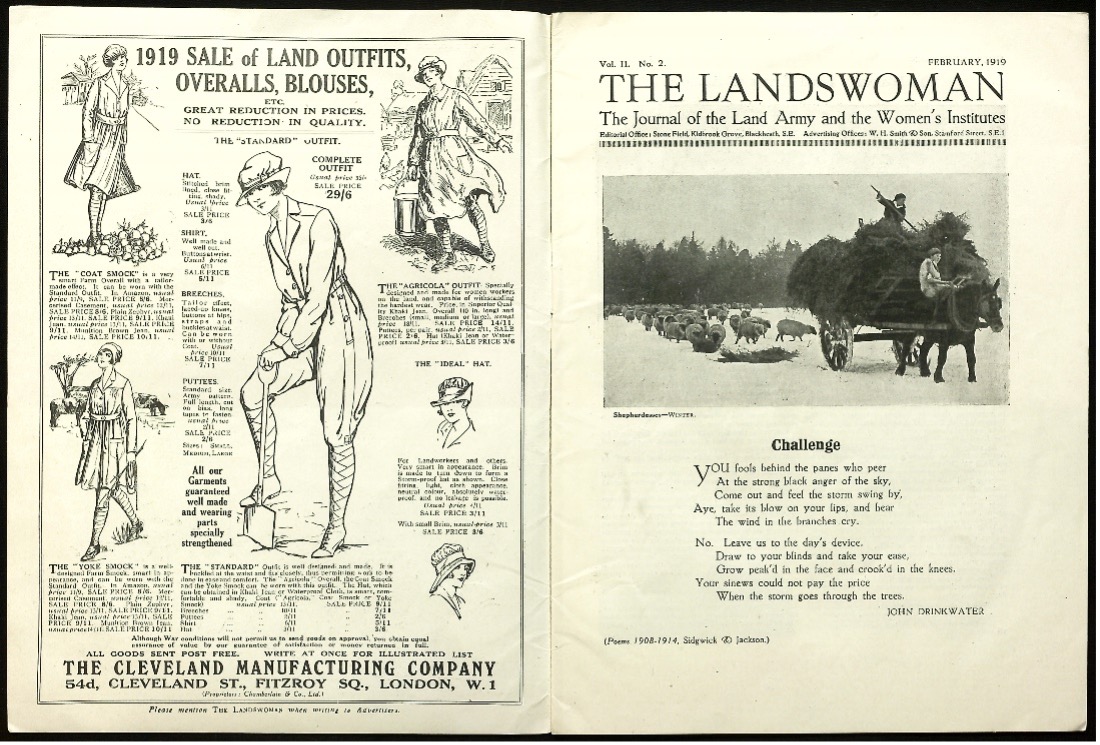 The Jean Kane Foulke Collection at the Chester County History Center contains a series of correspondence from various Land Army units to Foulke. From this correspondence, we learn that the Land Army, and women’s labor in general, was frowned upon if not downright rejected. However, their hard work and industriousness directly changed people’s minds. Regarding the reception of women’s work, Hanna Savery Worrell wrote the following to Foulke:

The farmers of the community were very doubtful of the practical value of woman labor but they needed help and the wages sounded good so they gave them a trial. As the whole of life is an adjustment we were not surprised to have several changes and replacements to make; but in three weeks one could almost feel the change of attitude toward the girls. The harsh criticisms gradually changed to remarks like ‘say John those girls can work, they earn their money alright.’

Letter from Hanna Savery Worrell to Jean Kane Foulke, circa 1917-1918.

Despite their praise and undeniable success, women farm workers and the Land Army faced discrimination from the State of Pennsylvania. They were denied funding by the State, even though the leaders of the Boys Agricultural Camps were paid a full salary in addition to financial support for the program. Women leaders, including Foulke, were expected to serve on a volunteer basis.

After the war and the passing of the 19th Amendment, Foulke focused on her extensive work with the Democratic Party of Pennsylvania, farm management, and her family. She continued to face constant roadblocks based on her gender in her career, but never let them go unremarked. In 1921, during her resignation from the Women’s Organization from the Democratic State Committee, Foulke wrote:

I have spent months in an apparently futile effort to develop an organization of the Democratic women of this state, to work in conjunction with the men’s organization to further Democratic ideals and principles, but as I get no response or help from the officers of the latter, I am forced to realize the hopelessness of the task I have undertaken and must ask to be released from it.

Upon learning that the 1933 Democratic County Committee consisted of all male appointees, in ardent protest Foulke stood up in front of the entire meeting and exclaimed that, “The women were not expected to contribute if they were not represented in the committee.” After the outburst, both Foulke and Mrs. L.R. Hourdequin were appointed to the committee.

In 1934, a democrat was elected governor of Pennsylvania, and Foulke hoped her tireless and unpaid contributions to the Democratic Party would finally be rewarded. She dreamed of being appointed as the Pennsylvania Secretary of Agriculture. These dreams were not far-fetched as she had made a living in farm management since 1901, was a Farm Advisor and lecturer, served as a member of the State Board of Agriculture, served on and led several agricultural committees during WWI, and established the Women’s Land Army unit in Chester County. Despite all this, she was not rewarded with any position at all.

After this crushing blow, Foulke focused her time and energy on farm management and community service. With her political career behind her, she served as a member or leader in no less than six organizations in West Chester and gave her energy to support the effort led by Leslie Pinckney Hill to establish the West Chester Community Center, now the Melton Center, on 501 East Miner Street. According to her granddaughter, Julia de Veaux Foulke, “The summer the Center was being built was the summer of ’35. She was there every day, climbing over piles of dirt and haranguing workmen.”

Ready to explore? Check out our collection guide for the Jean Kane Foulke papers, and view digitized items in the In Her Own Right database.

Foulke, Jean Kane. Jean Kane Foulke papers, 1850-1955. From the Chester County History Center. Accessible via the In Her Own Right database.